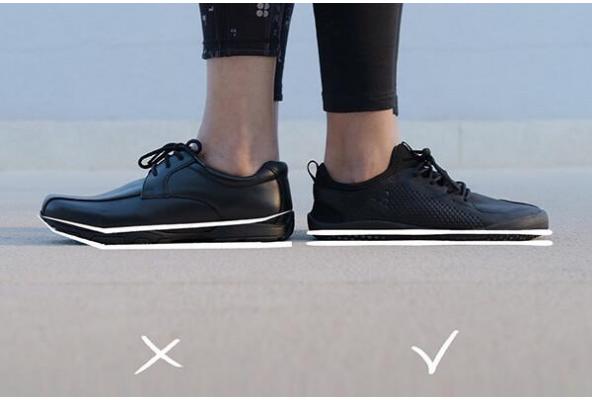 Orthotics or arch support are commonly prescribed to children – and we believe this is usually a bad idea, often leaving far too many kids with weak feet and arches.

Most of the scientific research into the benefits of supportive ‘orthotic’ shoes and shoes with arch support is done for grown-ups who are ALREADY INJURED – not kids who are still growing.

We were interested to read three studies into orthotics from different sports medicine journals recently which were a little different. One study of US Marines found assigning shoes based on foot shape had little influence on injuries, while another – this time on Army and Air Force recruits - found that selecting running shoes based on arch height had little influence on injury risk in military training. Another study compared injury incidence between US Army recruits in normal and minimalist running shoes and found those in the traditional running shoe were 3 times more likely to sustain an injury.

The same studies can’t be done on kids, clearly.

So why should you avoid orthotic insoles and shoes with arch support for your kids?

The bones in kids’ feet don’t harden till their late teens, so it’s specifically during these years of growth that kids’ feet need to grow strong and flexible.

If you had a stiff, painful neck you wouldn’t wrap it up in a neck brace for the rest of your life, would you – so why do we do this with kids’ feet?

This is exactly what orthotics do: actively stop feet moving so all those tiny bones, tendons and muscles cannot WORK, FLEX and grow STRONG.

It’s a case of use it or lose – and today, far too many kids are losing it.

No wonder then that so many adults do wind up with weak, injured feet and then wind up queueing up for even more (expensive) orthotic ‘solutions’; there is an ever-increasing amount of evidence pointing to this being a circular problem.

And we think the solution starts with babies and kids – letting them go barefoot as much as possible so their feet grow strong, flexible and wide for balanced and skilful movement.