here come the wild ones 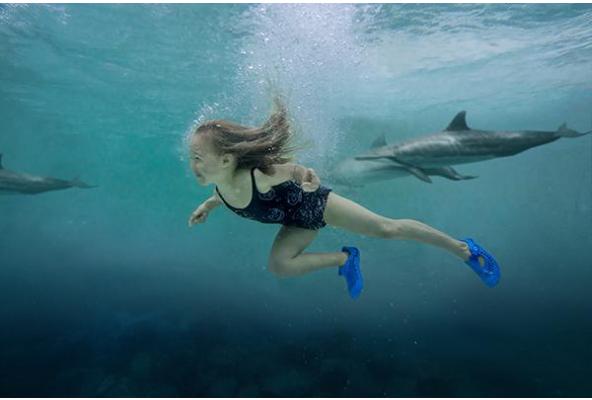 Us humans have been pretty terrible to the planet we live on.

A major study involving 59 international scientists reported that human activity has destroyed 60% of all the world’s animals since 1970. Scientists estimate that 150-200 species of plant, insect, bird and mammal become extinct every 24 hours. A global review also recently stated that over 40% of insect populations are declining at a rate that could be “catastrophic” for our ecosystems within two generations. Scientists are describing what’s happening to animal life on earth as ‘biological annihilation’ and the beginning of the ‘sixth mass extinction in Earth’s history.’

We need to take action.

At Vivobarefoot we want to play our part in protecting the planet.

Our ethos is to create shoes with minimal bio-mechanical interference so the foot can do its natural thing, with minimal impact on the environment. We are serious about sustainability: we proudly research and invest in new, cleaner and greener materials to reduce our carbon and landfill footprint. By 2020 we aim to use 90% sustainable materials across our entire range.

For this reason VivoKids is collaborating with The Aspinall Foundation: to help parents and kids learn and raise awareness about endangered animals.

The Aspinall Foundation is a British charity that works to promote wildlife conservation through education, captive breeding programmes and, crucially, by reintroducing endangered species into the wild wherever possible.

We believe the more kids know and understand about wildlife, the more ingrained it will be in them to CARE and ACT as they grow. We hope this collaboration can be the starting point for conversations, actions and changes we can all make to be kinder to our planet.

Alongside running two wildlife parks in England, over the past few years alone, The Aspinall Foundation has successfully reintroduced a range of animals including 8 black rhino, 49 Javan Langurs, 9 Javans gibbons, 11 European bison and over 60 western lowland gorillas back into their natural habitat.

For our Wild collection, we’ve redesigned some of our best-selling shoes with some of our favourite animals in mind. Not only will part of the profits from these shoes go directly to The Aspinall Foundation to help their valuable conservation work, but we want kids (and their parents!) to be inspired to learn more about the animals in whose footprints they are walking.

Be it a window box or a small garden, a local park or your nearest woodland, faraway beaches, mountains and even the sweeping savannahs of southern Africa and the icy forests of northeast Asia – we want kids to feel engaged with and part of the natural world around them.

We can still turn the tide on humans decimating the planet.

Here’s more information on some of the animals our collaboration will be helping:

To celebrate the 8 East African Black Rhinoceros which have been successfully bred and released to protected reserves through The Aspinall Foundation, we’ve designed a special rhino-inspired colourway of our best-selling Primus Junior.

Rhino populations have been severely affected by poaching, as well as a loss of their natural habitats in Asia and Africa. At the beginning of the twentieth century, over 500,000 used to roam wild, now most live on reserves, some under armed guard to prevent them being killed, especially for their horns. Black rhinos have doubled in number from their low point of less than 2,500 individuals two decades ago, but this is still a fraction of their former number.

We’ve also designed a second, tiger colourway for our Primus Junior inspired by the Amur Tigers living at The Aspinall Foundation’s parks.

The Amur, or Siberian Tiger, are the largest cats in the world, with adult males reaching up to 260kg! Their natural habitats are the freezing forests of far eastern Russia, the Korean peninsula and north-west China. Hunted almost to extinction, at their lowest, there were less than 40 adult tigers living in the wild, but this turned around slowly after Russia started protecting them in the 1940s. Today their population is growing slowly, but like all tigers, they are still endangered because of the loss of their habitat to logging, poaching and their small adult breeding population.

All sharks are listed as being a vulnerable species at risk of extinction because of human activity. From fossil records we know sharks have outlived the dinosaurs, and yet today 100 million sharks a year are killed by commercial and recreational fishing, many for Asian shark fin soup. Sharks take years to mature, have few young and, as well as over-fishing, their populations are declining rapidly because their home, the world’s oceans, are at risk from rising temperatures, marine pollution, and the decimation of breeding and feeding areas like coral reefs.

Dolphins are also struggling with the impact of human activity in the water: entanglement in fishing gear causes drowning, their prey is contaminated and, their biggest threat, climate change affects their habitat, prey population and migratory pathways. In recent history, the Baiki, or Yangtze river dolphin was declared extinct and the Maui dolphin found off the coast of New Zealand is teetering on the brink, with current estimates at fewer than 100 remaining in existence.

The earth is not ours to inherit, we are but passing though - it’s on loan from our children and grandchildren.

We believe teaching our children to tread light on the planet and live in harmony with nature could be our best legacy.