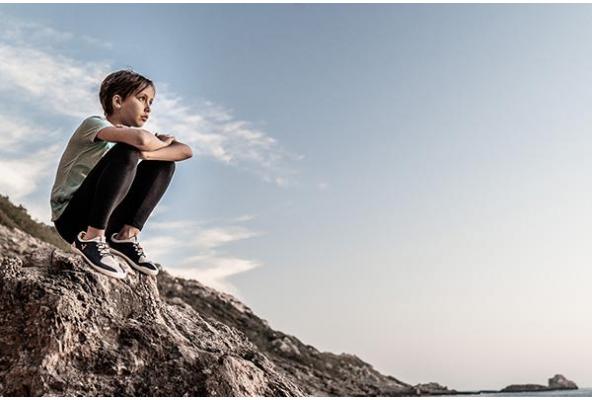 Over millennia evolution has built our kids to be as they are FOR A REASON – and most kids are lucky enough to be born perfectly primed to grow strong and healthy in body and mind.

Kids instinctively know how to move, grow and learn to the best of their capabilities – but so often the adult world gets in the way.

AT VIVOKIDS WE BELIEVE IN LETTING KIDS BE KIDS IS THE BEST WAY TO HELP THEM GROW STRONG, SMART AND HEALTHY

KIDS KNOW BETTER HOW TO MOVE

Just look at kids running down the beach or down your street. Their running technique is perfect! Nice upright posture, lots of short steps, no landing on heels and… they’re relaxed!

The same goes for their walking gait and standing posture. Just look at babysitting up, perfectly poised in a way many adults struggle with! Most kids are lucky enough to be born with bodies ready to MOVE – but what happens as we grow?

Too much sitting, too many screens…. our sedentary lifestyle happens. And when we add in a lifetime of wrapping up feet in STIFF, NARROW and RIGID SHOES that wreck the foot’s natural form and function, no wonder so many adults wind up injured and/or living with physical aches and pains.

Let’s keep kids MOVING how they want to help keep their awesome running and walking gait as well as their posture.

It’s not just HOW to move that kids get so right – they also instinctively know WHAT KIND of movements they need to grow and develop.

From when small babies first start moving, their brains are already super busy processing heaps of vital sensory messages; the more they feel the world around them, they better it is for their developing nervous systems.

Later, kids start moving in all sorts of new and different ways – spinning, dropping, jumping, flipping and hopping. It might confuse or irritate grown-ups but they NEED this kind of movement! By testing their bodies and pushing themselves, kids are developing their balance skills and their proprioception, which is how our bodies move through space. These movements help kids grow with coordination, strength and balance.

This is why over-protecting kids can be so harmful. Preventing kids from moving, testing and pushing themselves can affect not only their physical abilities but also their confidence and self-esteem.

At VivoKids we believe in making kids’ movement COUNT by letting them PLAY - barefoot or in minimalist shoes that keep kids feet as close to barefoot as possible.

KIDS KNOW BETTER HOW TO LEARN

So why is school about so much sitting? No wonder so many kids find it boring. Kids want to MOVE and PLAY, and they’re right: this really is the best way for them to learn.

An increasing amount of academic research confirms this, from the American high school that regularly raised kids’ heart-rates and ended up with some of the highest test scores in the country, to a study by a group of American universities that showed how active kids have a bigger hippocampus, a part of the brain which is related to better memory performance. In Holland, bouts of aerobic activity boosted the attention span of schoolkids while in a large German study, just 10 minutes of playful coordination games, like bouncing two balls at the same time, improved their attention span.

So if your kids’ school is too much about sitting, listening and repeating information – make sure their free time really is FREE – playing outdoors in nature as much as possible!

Kids today can become overwhelmed with all the stuff that crowds their lives; academics, extra-curricular activities and organised sports. But it’s the kids who get more unstructured play time to themselves who learn better executive control – learning to set goals and how to achieve them on their own. Kids love free time to just play, and it turns out its exactly what their growing brains need.

What’s the first thing a baby does when you pull socks and shoes onto those tiny, adorable feet? Kick them straight off again.

It makes no sense that we wrap up, pad and cocoon these vital sensory pads. Watch the difference between a barefoot toddler walking with ease and balance to a toddler wearing traditional shoes, the clumsy ‘drunken sailor’ walk of stiff, narrow and rigid shoes.

At the beach, in woods, at home, playing sports or in the park – kids everywhere instinctively TAKE OFF THEIR SHOES when they want to really move with skill, strength and grace. They can still trust their bodies and their own abilities – unlike so many adults who are sedentary, injury-prone, living in pain and, let’s face, pretty unhappy.

Again, a wealth of academic work now backs up kids’ barefoot instincts. Two universities in South Africa and Germany found regularly barefoot kids (the South Africans) scored better on balance and motor skills than their shod counterparts in Germany. A study of regularly unshod and shod kids in India found the unshod kids had wider feet, linked to stronger, less injury-prone feet, as well as fewer flat feet. Meanwhile a study from the University of Bournemouth found removing kids’ shoes in the classroom improved behaviour as well as academic results – so kids really are onto something.

doctors in the US prescribing play:

US high school used heart-rate monitors to boost heart-rates, and as a result test scores:

Study showed how active kids had bigger hippocampus, related to better memory performance. how staying active as a child helps development of brain

Kids who are less structured have better executive function: