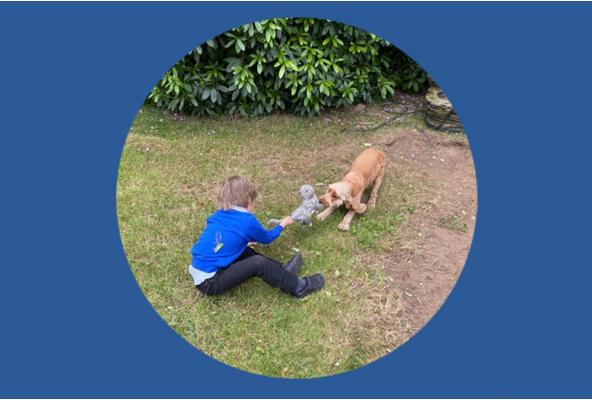 HYPER-MOBILITY – what is it and how can it affect your child´s growth?

One mother got in touch with us to tell her story, hoping it might help others.

Can you tell us about when you noticed there was something different about your son´s mobility?

I'm a mum of two, today with a 5-year-old son and a 6-year-old daughter. When my son Max was born we soon realised something wasn’t right with his mobility. He never crawled - he did something that looked more like 'the worm' - and even that he did late. When he finally started to stand (again, very late) it was obvious something was really wrong with his ankles; they appeared to collapse under his weight. It looked like his ankles snapped at the sides but his knees were still completely straight. With so little mobility, he had absolutely no muscle tone whatsoever.

It sounds very worrying. What did you do next?

It was after much research I realised he was massively hyper-mobile. When we went to our family doctor, the approach was “oh he’ll grow out of it” and “he’ll be fine”.  As lovely as our GP is, we weren’t happy with just waiting - we wanted to know how we could help him. Hyper-mobile kids are rarely 'bendy' everywhere - usually it's just a few joints that are crazy flexible. With Max it´s his ankles, knees and fingers. It explained why he'd never been able to stand until much later than the norm - his ankles and knees were so loose and flexible that they couldn't take his weight. I found a good local paediatric physio and she was able to assess how bendy he really was and give us some guidance. We realised hyper-mobility in kids is just not something that’s well known or discussed despite it being relatively common.

How did all this knowledge and information help you?

With the help of our paediatric physiotherapist, and alongside all my own research what worked for us was helping our son to learn to bear weight, for us this meant using stiffer shoes with supports - initially.  Then once he started to build muscle tone and strength in his legs (which for us took a couple of years) I just knew that I wanted to stop the support and looked further into how I might build up his foot, ankle and leg strength so Max could lead a normal, carefree life.

I listened to Dr Rangan Chatterjee´s podcast interview with Vivobarefoot founder Galahad Clark, and even though it wasn´t related to hyper-mobility – the conversation got me thinking about Max´s shoes, his feet and ankles…

It made perfect sense to me now that Max was weight-bearing and running around like a normal kid, that we could train and strengthen his feet by doing away with normal shoes with arches, cushioning, support and a heel. I realised he now needed a different approach – he needed to become strong. The time had come for him to develop his own strength and not rely on the support of the shoes.

How has Max´s movement changed since he started wearing VivoKids?

We transitioned to barefoot slowly to allow him to acclimatise,  but oddly, Max would always go for his barefoot shoes rather than the other ones. He absolutely loves them and now won't wear anything else. All I can say is what I´ve seen: his pronation is continuing to disappear and his muscle tone has improved in a few months.

As a parent I found almost no useful information online and it's quite a niche field so even many GPs aren't able to advise much. Now it's no longer his shoes that support him - it's his own feet which are now strong and supporting him.

What would you say to other parents who are worried about their child´s developing mobility?

I would say that it’s wonderful that you’ve noticed a possible issue as sometimes even that can be easily missed. I would go and see your GP and definitely look for a physio who specialises in kids.  I have to acknowledge we’ve been very lucky that I’ve had the time to research this, a chance conversation with a friend and listening to that podcast was a real light bulb moment.

What I sincerely hope is that this blog is found by other parents who, like us, couldn´t find the information they’re looking for.  It’s why I wrote to Vivobarefoot about Max – this has been transformative for us. This spectacular change in our son is a huge deal to us and it's not an angle that many people think of. Parents might worry about giving their child barefoot shoes if their child has hypermobility issues, but our experience shows that if the child is moving and running safely that the time might have come to think about removing supportive footwear (gradually if necessary) and allowing them to build their own strength, a strength they can rely upon for the rest of their lives.

Ben Le Vesconte from Vivobarefoot, a functional training expert and a barefoot running coach, suggests some exercises for kids with hyper-mobility. Of course, make sure you see a professional first: