BAREFOOT IS BEST FOR KIDS' BODIES AND BRAINS 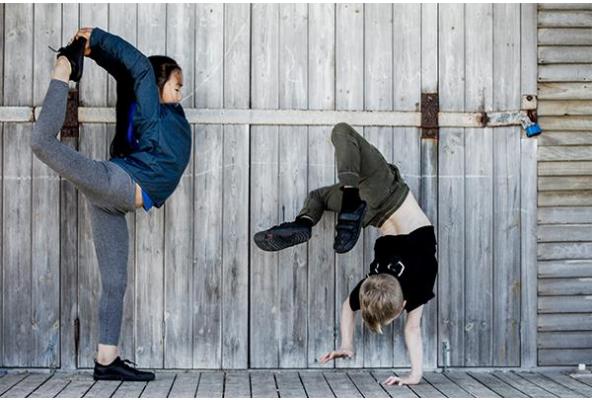 Kids who are regularly barefoot have better-developed motor skills than those who regularly wear shoes, according to a new study from the German University of Jena and Stellenbosch University in South Africa.

The study took two comparable groups of kids from rural Western Cape in South Africa and urban northern Germany and tested three sets of their motor skills. While all regularly barefoot kids performed better in balance and jumping tests, this was especially evident with the younger kids, between the ages of 6-10.

So if regularly wearing shoes has a detrimental affect on kids’ developing motor skills it makes sense to keep shoes off as kids grow.

But this can be hard - especially when school starts.

Last year, another study from the University of Bournemouth[2] also found that kids who took their shoes off in the classroom had better levels of concentration, behavior and did better academically than while wearing shoes.

So better for their bodies, and better for what’s going on in their brains.

School is also far too often about sitting still. For ages. And ages. Before going home to sit some more in front of a screen: outdoor play risks becoming a relic of the past as academics and extra-curricular activities eat into childhood. The result? Our kids just aren’t MOVING enough.

Dr Peter Gray, Emeritus Professor of Psychology at Boston College, has studied and written extensively about the harm of no play in kids’ lives; “play, especially social play with other children, serves a variety of developmental functions, all of which promote children’s mental health. (Without) play, children fail to acquire the social and emotional skills that are essential for healthy psychological development.”[3]

Quite simply: it’s a crisis of movement amongst kids that’s affecting their bodies and brains.

And scant physical education lessons at school and Saturday morning sports just isn’t enough. Kids needs to actually move more all the time: they need to wiggle, squirm, jump, run, climb, spin, use their hands and their feet outdoors in activities they come up with themselves – they need to be allowed to be kids.

The kids who have had a whole summer of this are lucky indeed. But now it’s time to go back to school – let’s make their movement count.

It’s better for their growing bodies and brains: from their developing motor skills to their strength, agility and balance.

So, if your school insists on kids’ wearing shoes – and frankly, if it doesn’t, please get in touch and tell us all about it! – VivoKids are created with a whole lot of love to be as close to barefoot as possible. Our shoes are foot-shaped - thin, wide and bendy – and barely-there, protecting only from climate and terrain so feet can grow and feel almost barefoot.