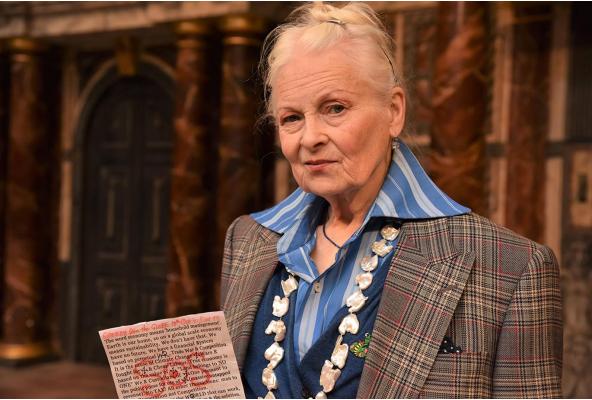 As we rebuild post-pandemic towards a more resilient and regenerative world, we must keep dreaming and bringing into reality what we never thought possible. In a world facing environmental and climate collapse, each of us has this responsibility.

June marks the one year anniversary of Letters to the Earth’s partnership with Vivobarefoot. Ahead of COP26 CEO Galahad Clark’s very personal Letter to the Earth led to other CEOs and cultural leaders penning and publishing their own Letter too - from Triodos Bank UK to COOK Food and Bates Wells, from Love Island’s Laura Whitmore to Dame Vivienne Westwood - as well as indigenous leaders and hundreds of members of the public worldwide. Hard to imagine, 18 months ago, that writing a Letter to - or from - the Earth could bring about such interconnectedness and courage, from such a diversity of people.

Business leaders have nailed their colours to the mast, calling for a rapid transition to a net zero economy; children have galvanised their schools and written to MPs listing their ideas to be actioned; the ocean has been given voice to, bemoaning the amount of plastic in its waters; forests have cried out for freedom from destruction.

And, perhaps most movingly of all, remote and previously uncontacted indigenous communities have shared their pleas for help, with stories of illegal logging, polluted rivers, murdered activists, and their call for a united world - united by our common future.

'We are not the peak of creation, we are just another species,'' said Mindahi Bastida of the Otomi-Toltec Nation of Mexico during a letter-writing workshop we held at COP26 in Glasgow.  'We need to learn again from Mother Earth and nature... Everyone has to learn how to live in peace and harmony.’

The true guardians of nature, indigenous peoples’ land holds 80% of current global biodiversity. They have been protecting nature for thousands of years. Coming from all over the world, they were at COP26 to share their knowledge based on the laws of nature. They were calling on the West to hear the cries of Mother Earth and respond with urgency and responsibility.  After 500 years of colonial conquest and genocide, here they were humbly and generously offering out their hand and asking for our help.

Mindahi Bastida was just one of up to 70 indigenous leaders who gathered with us at the midpoint of COP26 in our workshop, to share stories from their lands. It was without doubt our most memorable and special moment during the climate conference, taking place within a day-long ‘Sacred Fire Ceremony’ with indigenous peoples from across the Americas, Europe and Australasia.

We’ve been long-term fans of Vivobarefoot, and are inspired by how the craftsmanship and ancestral shoe-making of indigenous tribes, such as the Ju’/hoansi San people in the Kalahari Desert, has helped the feet of people around the world come into a closer relationship with the earth. Beyond the physical relationship to nature, there is so much more we can learn from indigenous leaders and elders. Their wisdom can show the way forward. We need their help, as much as they need ours.

At COP26, Mindahi referred to an ancient prophecy, the Prophecy of the Eagle and Condor. It speaks of a time where the Western and indigenous world unify to bring humanity towards balance - a healthy and peaceful way of living. This is a world where we move away from a destructive growth-based society that plunders Earth’s resources, and punishes those with the lowest-impact on the Earth the hardest; instead, where we come into balance with nature in a regenerative, restorative circular economy.

6 months after that climate conference, the UK is now preparing to hand over the COP Presidency to Egypt where the next conference, COP27, will be taking place in November. Although many sectors are working hard to become not just sustainable for the planet, but to “give back” what has been taken, the pledges made last year are in danger of falling apart, or indeed going backwards. Even in Britain, which still holds the COP Presidency, new oil fields are being approved and many green policies are being slowed or in some cases, reversed. In Western democracies, the push towards “net zero” is being dragged into a culture war and is at risk of being fatally undermined. There is much work to be done.

We look forward to continuing to share Letters and their messages thanks to our partnership with Vivobarefoot; to amplify the wisdom and inspiration from indigenous and global south communities that can help all of us through this challenging passage that lies ahead.

‘We are the music makers,

And we are the dreamers of dreams…

For each age is a dream that is dying,

Or one that is coming to birth.’

Co-Founder and Director Letters to the Earth