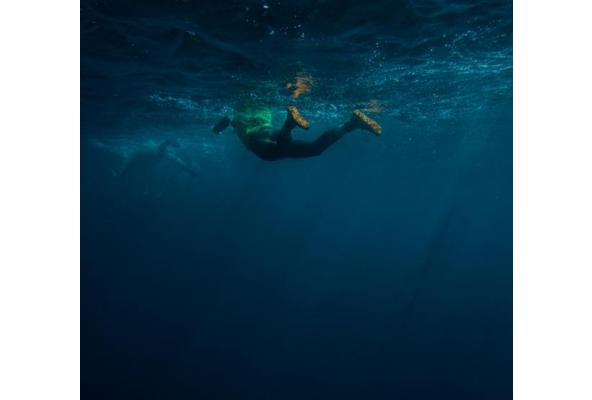 “Mechanics, chemistry, and physics have progressed much more rapidly than physiology, psychology, and sociology.

Man has gained the mastery of the material world before knowing himself.

Thus, modern society has been built at random, according to the chance of scientific discoveries and to the fancy of ideologies, without regard for the laws of our body and soul.

We have been the victims of a disastrous illusion--the illusion of our ability to emancipate ourselves from natural laws.   We have forgotten that nature never forgives.”

The first Swimrun of the year was also the first with Vivobarefoot as international sponsor (very proud;). One of the main reasons Vivobarefoot decided to partner with OtillO was the alignment of philosophies between brands and the family of people behind them: a mission to create a meaningful reconnection with nature and her natural laws.

OtillO goes out of it’s way to create ‘unique races in unique places’ and having experienced 4 events (Scilly Isles, Stockholm archipelago, 1000 lakes Germany and now Hvar, Croatia) I can certainly vouch for that.  The events give the possibility for the participants to commune with nature in a profound way:  dancing with her and then lying with her… repeatedly!  Dancing over her rocky shorelines, on her beaches, through her woods, up over her hills and down through her valleys interspersed with lying in the bosom of her bounteous seas, lakes and oceans.  You dance (run) and lie (swim) for longer than you might ever imagine and you never forget that you are there at her conditional consent…

We arrived in Hvar in the stunning evening sun, with lake like waters (particularly purified and buoyed by the high saline content of the Dalmation streams) and enjoyed sun-downers as we scrambled to get gather missing bits of kit!   The next day, the southern wind called The Jugo came and stirred up the waterways.   The 15km introduction ‘sprint’ was harder than it had ever been: choppy seas, gallons of sea water ingested and more vertical feet under the adriatic sun than I could count… and of course I was strapped to my buddy Jack who turned out to be an even worse swimmer than yours truly aka The Sinker).  We weren’t quite last but the final swim into the harbor against the current and wind was a stern reminder from the Lady Boss of who was in charge.

The next day, The Jugo gained momentum: more wind, more current, more waves.  The ‘big dance’ (main race) was curtailed to accommodate ‘her’ whims (course shortened, swims made safer) but still only 50% of the teams could finish the 45km race.  The long swims (3km and then 1km) were tougher than they had ever been and the jagged rocky trails and mountainous paths were compounded by the beating sun…  mother nature was not interested in any gentle passage today.   The elite found their way through, but nearly half the teams had to succumb to the (her) elements.

“This is not right” they cried.  “How can we accept a race where people travel far at great cost for then nearly half are not to be able to complete it??” “Shame on the race directors for making it so difficult…”

The next day The Jugo had left, the Hvar archipelago returned to a serene calm.  Had the race been held on Monday, little doubt, every team would have finished.   The winning team might even have found it ‘too easy’?

OtillO puts man and woman ‘in’ nature, pitted against her every whim and woe.  It is a privilege to genuinely have the opportunity (it would not be possible to follow these courses by yourself without a support crew) to come face-to-face with Mother Nature in such a naked way.  And from time to time, she will remind you who is boss!  Even though a few were hopelessly cast adrift in the long swims the brilliant OtillO team easily scooped up the stragglers and everyone returned home safe.  The cut offs carefully culling those that would not make it home before nightfall. I like to think that for most of the people that didn’t finish – they have a renewed and begrudging respect for ‘the boss’.  The final racers crossed the finish line at over 10 hours!    It’s also worth noting that even though it took some people more than 4 hours, ‘everyone’ finished the Sprint.

As in sport, as in shoes: the conventional wisdom is to do all we can to emancipate ourselves from ‘nature’.  Padded soles, arch support, tight fit.  It’s not always easy to tread a natural path in this modern world and it is especially difficult if you have let your feet and your body drift from their natural baseline (most people have).  It’s especially then not easy if you are not ‘trained back’ to it.  i.e. your feet are not trained back to natural strength and/or your body is not ‘trained back’ to being able to move through natures harshest elements.   Whether swimming or running.

OtillO reminds us to respect Mother Nature.  Embrace her.  And do all you can to be prepared to connect with her (no matter how she is feeling!). Vivobarefoot encourages you to go on the transition back to strong healthy feet (by wearing minimal shoes in your everyday life) and  ultimately rediscover true natural movement… in nature.

See you at one of the next meetings with The Boss (be ready for come what may):